Adverse Childhood Experiences, or ACEs, are potentially traumatic events that occur in childhood (0-17 years).  Examples of ACEs include experiencing violence, abuse or neglect, having parents that are divorced, and witnessing violence in the home or community. ACES are common, with about 61% of adults surveyed across 25 states reporting that they had experienced at least one type of ACE, and nearly 1 in 6 reported they had experienced four or more types of ACEs. 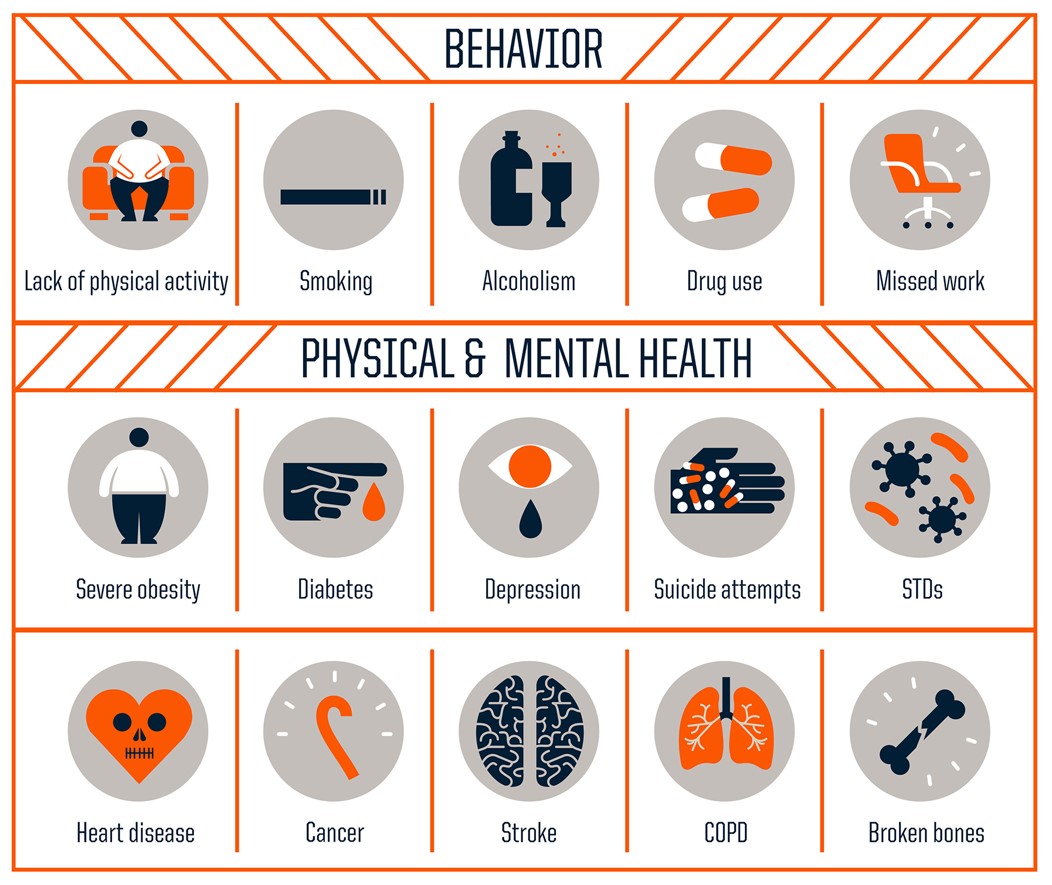